His parents were initially poor farmers without schooling, and they had to experience the chaotic wartime. They earned a living by working as hired low-skilled labor, then farming, and finally making tofu. In 1989, his father had an accident leaving him a person with paraplegia since then. Therefore, at the age of 9, Mr. Tinh began earning money to help his family in various ways, such as selling lottery tickets, making tofu, raising pigs, etc. His childhood was just days of working hard from early dawn till late at night.

Working hard but still trying to study, he and his two brothers could finish high school. In 2000, he came to Saigon for university studies. However, he spent a lot of time doing part-time jobs. First, he delivered newspapers. Later, he worked as a waiter and then a tutor. Aged 19, he took up a full-time job as an office worker. Besides, he taught himself computer science as well as programming. He started up a company twice in the industry of information technology but failed.

In 2004, Mr. Tinh had a chance to provide services of setting up a representative office in Vietnam to Mr. William (Bill) Gadd, who is from Canada. Everything went smoothly, and they became friends. At the time, Canada had presented the Quebec Immigrant Investor program. Finding immigration consulting services had not been supplied in Vietnam yet, Mr. Tinh and Mr. Gadd decided to cooperate in setting up a company specializing in Canada immigration consulting services.

In 2005, Mr. Tinh separated to start his own company, Immigration Co., Ltd. The company has gradually developed into IMM Group today with many subsidiaries. IMM’s brand name, the acronym of the first company’s name, is kept as a memento of IMM Group’s starting-up.

Find more the biography and sharings of Mr. Tran Van Tinh (Tony Tinh) on his personal page: https://tonytinh.me/ and his fanpage: facebook.com/tonytinh

THE PROCESS OF DEVELOPMENT FROM 2005 TO THE CURRENT TIME

In the beginning, Immigration Co., Ltd had only one employee who was the founder! Its office was located right in Mr. Tinh’s rented room for students. The company supplied consulting services about the Canada immigrant investor programs.

After more than a decade with many chances of relocation the head office has become bigger and bigger from a small alley to big streets. In 2016, the IMM Group’s building in Ho Chi Minh city was opened with an area of more than 1.500sqm. Besides, there are IMM offices in Ha Noi, Australia, and the USA. The number of employees has risen to 130. The operation has been broadened to include more fields: immigrant investor programs for the USA, Australia, Europe; the USA and Australia property investment; the USA and Australia investment funds; FDI, travel, and study abroad services, etc. In its portfolio, IMM Group has supplied consulting services to more than 500 investors who have invested about 150 million US dollars.

Established Immigration Co., Ltd, the founder in charge of all tasks, office located in his rented room for students.

Relocated to the IMM Group building of more than 1,500sqm, establishing more offices in Australia and USA.

IMM Group emphasizes sustainable enterprise development, enhancing our human resources’ quality and values, and a beneficial contribution to our community. We set three Key Missions that anchor the purpose of our existence:

1. To develop a successful and sustainable Asian organization.

Sustainable development here refers to financial stability, in the human factor, in products and services quality.

Finance is one of the most critical factors in individual and corporate life, and this rule is applied for IMM Group’s business. One of the anchors for our corporate existence is a profitable business that we can provide for our employees’ material satisfaction, contribute to our community development and raise the group’s position in Asia. Beyond solid finances, sustainable development also depends on product and service quality, ethical values, and professionalism. These factors enable us to earn our clients’ trust, crystallize prestige and values for the IMM brand.

2. To nurture individual values of each member in cohesion with our Corporate Core Values

At IMM Group, we understand that each member’s development is a harmonious combination of good human qualities and societal ethics. We care for each IMM Group member’s happiness by offering them benefits commensurate with responsibilities and works performed and in line with developing their personal values in life. We believe in our corporate motive of facilitating a work-life balance, allowing our employees space and resources to advance their careers while at the same time striving for personal satisfaction in leading a purposeful, meaningful, and happy life.

In doing so, we also connect each individual’s values with our corporate values, with these positive energy resonating and spreading to the community around us.

3. To contribute towards enhancing the self-respect and advancement of Vietnamese people in the global community, and to grow IMM's Charitable Foundation to help the less fortunate people in Vietnam.

Nurturing individual development with IMM Group’s corporate development, we are convinced that we could foster positive influences towards our national and global community. We shall enhance Vietnamese people’s self-respect in the worldwide community and build a lasting legacy for future generations. Each individual in the company shall be successful and then contribute positive influences to society and the subsequent generations.This planted small seed of positivity shall reverberate across the society over time.

Upon achieving stable financials, gaining success, and a sense of purpose in life, IMM Group and its members will provide a greater contribution to our community for a better life, a better society, and a better world. We shall provide essential contributions to the community through charitable programs and social development activities through IMM funds. The IMM charitable fund aims to kindle compassion among our employees through awareness of issues facing society and provide financial and social support to disadvantaged people in Vietnam. Joy and happiness cannot genuinely exist superficially and selfishly. Happiness will not last long if we lack the sense of contribution and sharing with others. Everlasting joy and happiness are when we can instill values that transcend beyond our private self and leave a legacy for our future generations.

Our Slogan: Serving by Authentic Values

IMM Group’s slogan is “Serving by Authentic Values”. It is the fact that nothing is absolute and perfect. However, based on the company’s origin and cultural values ​​as well as the founder’s mission, IMM Group commits and develops the orientation for the entire group to provide services following real and righteous values. 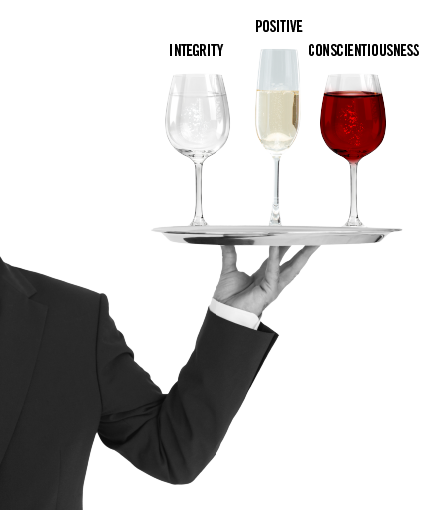 IMM Group adheres to ethical principles and sustainable development as our core values. We insist on integrating our collective values with each individual’s values as the basis for everything we do. IMM Group operates based on compliance with the law, upholding honesty and integrity. Concerning our partners, we aim to build a sustainable relationship with a high level of integrity, sharing mutual values and benefits and contributing to bringing the best services for our clients. Our work shall contribute to our society’s general development by developing our people and through our charity work for society. IMM Group’s Foundation has been built based on our customers’ and partners’ trust and confidence, in concert with our core values. We put ourselves in our customers’ and partners’ position always to understand, share, and relate to them conscientiously in every situation.

INSIDE OUT - TỪ TÂM LAN TỎA

The slogan “Inside Out” summarizes IMM Group’s business philosophies throughout our operation experience. This message fully represents all aspects of the Group, from history, core values, culture, mission, internal and external relationships. The reciprocity between the internal and external factors of IMM Group helps shape and influence the Group’s development.

IMM Philosophy is strongly inspired by our founder’s past story, from being a street lottery ticket seller, a newsboy, a waiter, to finally establishing a business in a small bedsit with almost no cash investment in 2005. IMM Group has made the most of its internal capacities to develop without any boundary or limitation externally.

In terms of the reciprocity between the “Inside Out” philosophy and the values, IMM Group emphasizes every member’s real, inside value. Then IMM applies genuine moral values (Inside) in business activities, customer services, and building strategic partnership (Out). In IMM’s mission, IMM balances between internal goals and external goals, between inner working well-being and services satisfaction, between economic growth and social responsibilities.

For culture, people and lifestyle, IMM Group focuses on personal development and humanity, from the minuscule aspects such as the behaviors and habits (Inside) that contribute towards the success and development of the Group as a whole (Out).